Here’s a continued look at how some of the cars we’ve seen have got their names. This part focuses on other worldwide models. Don’t forget to check out Part 1 and Part 3. Aston Martin – Lionel Martin and Robert Bamford founded Aston Martin in 1913 which at the time was known as Bamford & Martin. In 1914, the name was changed to Aston Martin after Martin and Bamford were successful with one of their own cars in the Aston Hill Climb, a climbing course that went up Aston Hill in Buckinghamshire, England. (20) 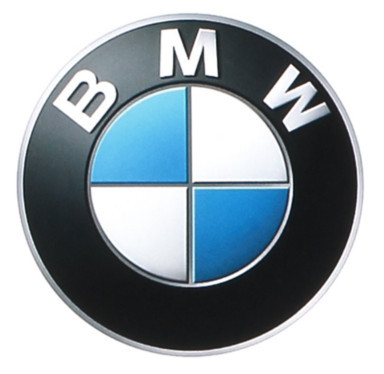 BMW – The origin of BMW started with two men, Karl Rapp and Gustav Otto, and the ultimate merger of three different companies. First, the company Flugmaschinenfabrik Gustav Otto merged into Bayerische Flugzeug-Werk AG, or BFW, in 1916. The company Rapp had founded in 1913, which made aircraft engines in Germany called Rapp Motorenwerke, eventually became Bayerische Motoren Werke (BMW) after Rapp was forced out of the company. In 1922, BFW and BMW merged to complete the formation of BMW.

The iconic logo of BMW, the circle with alternating blue and white pie shapes, was designed in 1917. There is a myth that the logo is that of an airplane’s spinning propeller and an ode to Rapp’s previous aircraft company. The circular design of the logo did come from the former Rapp Motorenwerke logo, and the lettering “BMW” replaced Rapp’s previous lettering, but the colors of blue and white represented the colors of the Free State of Bavaria. They were alternated differently in the inner quadrants because it was illegal to use a national symbol in a commercial logo. (21)(22) 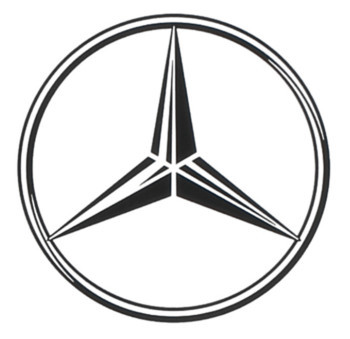 Mercedes-Benz – Mercedes-Benz traces its history to Karl Benz, Gottlieb Daimler, and Wilhelm Maybach. Benz is credited with creating the first gasoline powered automobile and received a patent for his three-wheeled vehicle in 1886. Daimler, along with his business partner Maybach, had started their own company in 1890 and developed an internal combustion engine attached to a coach the same year as Benz. Benz and Daimler didn’t know each other at the time, however. Daimler passed away ten years after starting the company and Maybach, who was the chief engineer, took over.

The Mercedes name came about when Austrian businessman Emil Jellinek began working with the Daimler company and Maybach in 1896. Jellinek became a car dealer for the company and even a member of the board. In 1900, Jellinek offered to fund the cost for a new sports car to be designed for him by Maybach, and he wanted it to be called Mercedes which was his daughter’s name. The new line of cars then had the brand name Mercedes. The Benz and Daimler companies later merged in 1926 to become Daimler Benz, and their line of automobiles was branded as Mercedes-Benz. (23)(24) Saab – Saab Automobile began in 1949 as a project of Saab AB, a Swedish aerospace company that was founded in 1937. The company wanted to branch out and make cars. Saab AB was originally called Svenska Aeroplan AB and later shortened to SAAB. Svenska means Swedish in English. Saab Automobile remained part of Saab AB from 1947 to 1989 when it was spun into its own company and General Motors took 50% ownership. The independent company eventually declared bankruptcy in 2011. (25) Toyota – Toyota Motor Company was founded by Kiichiro Toyoda in 1933 in Japan. His father, Sakichi Toyoda, had invented an automatic loom and founded the Toyoda Loom Works in 1926. Kiichiro worked for his father and later developed the automobile division within the Toyoda Loom Works. The family name of Toyoda was changed to a similar word in katakana, which is a part of the Japanese writing system, and became Toyota. Toyota was also written in eight strokes, and eight is considered a lucky number in Japanese culture. (26) Lexus – Lexus is the luxury car brand for Toyota and started as a project to build a premier car for the automaker. The project began in 1983 under the codename F1 which meant “Flagship One.” In 1986, a list of 219 names were proposed for the brand name of the new luxury line of cars. The name Alexis became the first choice but was thought to be too closely associated with a person and not a car. The “A” and “I” were supposedly removed to give it the made-up name of Lexus. There are other theories on the origin of the name, however. Some believe it was an acronym for “luxury exports to the U.S.” while others thought it was a morphed name that came from the words “luxury” and “elegance.” (27) Porsche – Ferdinand Porsche started the company in 1930 as an engineering consulting firm in Germany. A year later, the firm was contracted by the German government to make a car for the people. This would become Volkswagen and the Volkswagen Beetle. The later made Porsche car even shared components with the Beetle. Ferdinand Porsche later became the chairman of the Volkswagen. He was arrested at the end of World War II on suspicion of war crimes, was never tried, but was imprisoned for 20 months. During those months he was away, Ferdinand’s son, Ferry, took over operating the company and designed what would become the first Porsche sports car. (28) Lamborghini – Ferruccio Lamborghini started as a tractor manufacturer in 1948 and later started an oil heater factory in 1959. His increased wealth also allowed him to purchase more expensive, high-performance cars. Lamborghini’s involvement in the automobile business had to do with how he felt he was unable to get anyone to build the perfect car for him. It also had to do with a comment by Enzo Ferrari. Lamborghini hadn’t been happy with the Ferrari he had purchased and complained about its weak clutch. Ferrari responded to Lamborghini with, “You may be able to drive a tractor, but you will never be able to handle a Ferrari properly.” Lamborghini was not pleased with being dismissed by Ferrari, so he decided to make an even better car, the perfect car in his mind. He founded Automobili Lamborghini in 1963 and built his first production car in 1964, the Lamborghini 350 GTV. (29)

Check out Part One of What’s the Origin Behind These Car Names where we looked at American cars as well as Part 3.

The Official US Government Pen That Can Do It All