What’s the Origin Behind These Car Names? Part 3 Here’s a look at how some brand of cars got their names and the history that made it so. This third part focuses on more worldwide car companies, and how many of them are interwoven with each other. Don’t forget to Check out Part 1 and Part 2 to learn more about how different car brands got their names. Fiat – The word “fiat” was first used around 1631 to mean, “an authoritative order or decree.” The car company Fiat is not based on this definition, however, though it may have influenced the naming of the company. Fiat is an acronym that stands for Società Anonima Fabbrica Italiana di Automobili Torino, which loosely translates to Anonymous Society Italian Automobile Factory of Turin. It was founded by Giovanni Agnelli and eight others in 1899, the year the company produced its first automobile. Agnelli became the managing director of the company in 1902. (31) Bugatti – Ettore Bugatti was the founder of Bugatti automobiles and came from a family of artists and designers. Ettore’s father, Carlos Bugatti, was a well-known designer of furniture, an artist, and a silversmith. Rembrandt Bugatti was Ettore’s younger brother who was an internationally renowned sculptor.

Ettore Bugatti started his work as an apprentice for a bicycle maker in 1898. At the age of 17, Ettore attached an engine to a tricycle and designed his first car before the age of 21. He continued to design cars and opened his first factory in 1909 in Molsheim, France. In that same year, he had a son named Jean Bugatti who later went on to work at his father’s company and eventually became the head of the company. (32) Bentley – Bentley Motors was founded by W.O. Bentley and his brother in 1919 in London, England. Bentley had previously designed airplane engines during World War I before he got into making cars. (33) Audi – In 1899, August Horch founded Horch & Cie. in Cologne, Germany. Horch ran into trouble with the chief financial officer of the company and left, but he started a second car company in 1909. He wanted to use his surname but couldn’t because it was trademarked to his former company. He called a business meeting with two business partners named Paul and Franz Fikentscher to come up with a name for the new company.

Franz’s son was also in the room studying Latin and wasn’t involved in the meeting, but he suggested they name the company after the Latin translation for Horch. Horch in German means, “Hark!” or “hear,” and the Latin translation is “audi!” which was the singular form of the Latin word “audire” which means “to listen.” Everyone agreed that Audi would be the new name of the company. Horch left Audi in 1920 but continued on as a board member.

The Audi logo is four overlapping rings which wasn’t the original logo of the company. The four rings came about when Audi merged with three other independent motor manufacturers; DKW, Horch, and Wanderer. The four companies became Audi AG. (34)

Alfa Romeo – Alfa Romeo started as The Società Italiana Automobili Darracq which had been founded in Milan, Italy, in 1906. The company fell on hard times in 1909 and was acquired by the managing director, Ugo Stella, in 1910. He renamed the plant Anonima Lombarda Fabbrica Automobili, or A.L.F.A. When World War I started, A.L.F.A. didn’t have the necessary funds available to convert their automobile plant for war production, and the company was purchased by a Naples, Italy, electrical engineer named Nicola Romeo in 1915. He began to produce aircraft engines and portable compressors and renamed the company Società Anonima Italiana Nicola Romeo & Company, or Alfa-Romeo Milano. In 1918, the company went public, and the name was shortened to Alfa Romeo. (35)

Subaru – Subaru began in the early 1950s as a subsidiary of Fuji Heavy Industries in Japan. The Subaru name came from the star cluster Pleiades, which is also known as the Seven Sisters, and is represented in the company’s logo. Subaru is the Japanese name for the Pleiades star cluster. (36) 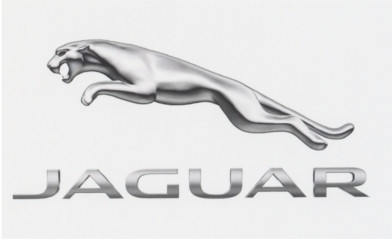 Jaguar – Jaguar started as the Swallow Sidecar Company in 1922 by William Lyons and William Walmsley of England. Soon after, the pair began to make cars branding them as SS models. Walmsley left the company in 1934, and Lyons changed the company to SS Cars Limited and took the company public. In 1935, the SS Jaguar was introduced for the first time as the name for the new model of cars for the company. Near the end of World War II in March 1945, at a general meeting of the shareholders of SS Cars Limited, it was agreed that the name of the company would be changed to Jaguar Cars Limited so it wouldn’t be associated or confused in any way to the SS of Nazi Germany. (37) 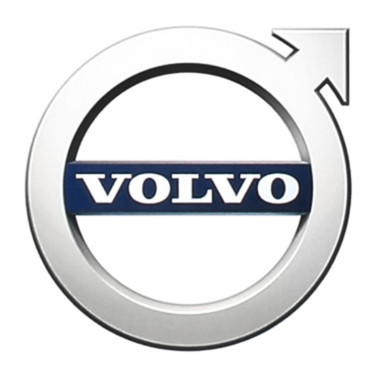 Assar Gabrielsson was a sales manager for SKF, and he joined with engineer Gustaf Larsson in 1924 to design a new car. A new car manufacturing segment was formed within the SKF group, and the previously trademarked name used by the company of Volvo was given to this new automobile segment. (38) Mazda – Mazda started as an automaker in 1931 when they produced a three-wheeled truck. Before that time the company was called Toyo Kogyo Co. The three-wheel truck was named the Mazda-Go, and the name came about to honor the company president at the time, Jujiro Matsuda. The name was also associated with Ahura Mazda, known as the God of Light. (39) 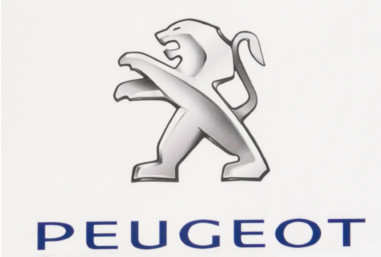 Peugeot – Peugeot has a long and varied history that didn’t begin with making automobiles. The Peugeot family of France started with a grain mill, and in 1810, Jean-Pierre and Jean-Frédéric Peugeot transformed the mill from grain to making saw blades, springs for watchmaking, and dress frames from steel rods. They later began to produce bicycles, and their first automobile was made by Armand Peugeot in 1889. It was a three-wheeled steam-powered car. Armand Peugeot started Automobile Peugeot in 1896 and separated from the traditional Peugeot manufacturing. The Peugeot family gave up control of the company in 2014 by reducing its holdings but still hold a 14 percent stake in the company. (41) 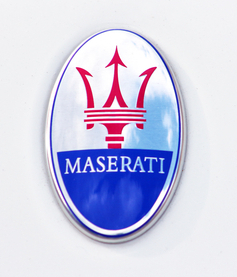 Maserati – The were seven brothers of the Maserati family; Alfieri, Bindo Maserati, Ettore, Carlo, Ernesto, and Mario. Each had a love of cars with the exception of Mario who became a painter. In 1914, Alfieri Maserati along with brothers Ettore and Ernesto Maserati opened their first automobile shop called Società Anonima Officine Alfieri Maserati in Bologna, Italy. The first Maserati car was built in 1926 called the Tipo 26. It won the Targa Florio, an open road automobile race in the mountains of Sicily, in the same year. Alfieri Maserati died in 1932, but the company continued on under Ernesto and Ettore Maserati and Bindon Maserati joined them.

They eventually sold their entire stake in the company to entrepreneur Adolfo Orsi of Modena, Italy, in 1937. The logo of Maserati, which is a trident, was believed to have been designed by the only brother not involved in the car business, the painter, Mario Maserati. The logo was modeled after the trident found at the Fountain of Neptune in Bologna’s Piazza Maggiore. (42)

Kia – Kia is a South Korean automaker that started in 1944 as Kyungsung Precision Industry which made bicycle parts and steel tubing. The company changed the name to Kia Industries in 1952. The name Kia came from the Chinese language with ki, which means “to come out or up,” and a, which refers to Asia. Kia meant, “to come out of Asia.” (43)

Check out more What’s the Origin Behind These Car Names Part 1 and Part 2.