The weekly collection of useless and fun facts.  In this week’s edition: Plural for Beef, French Nuclear Warheads, Coupons, A Box Office Flop, and Pandas. We’ll start this week’s list off with the plural of things.  We all know that more than one chicken would be chickens, a bunch of fish are fish, and more than one cow would be cows.  But the plural form of the word “beef” is “beeves”.  It really is.  The Merriam-Webster dictionary says so, as does Dictionary.com.  They have to be correct, right?  It sounds like the word should be the name of the brother of a butler, but when has anyone ever used it to refer to a whole bunch of beef?  Well, it just so happens it has been used rather commonly to speak about a group of cows, steers, or bulls.  Its just that it hasn’t been used to refer to a group of cows in recent times.  A 1926 news article entitled, “Raising of Baby Beeves Is Usually Profitable”, helps dispel the myth that this is some word from medieval or ancient times.  Or how about a 1951 article titled, “Lower Prices Paid For 4-H Baby Beeves.”  But these talk about young cows, when has it been used for adult cows?  Well here’s your answer.  An excellent 1949 article entitled, “Prized Beeves Go On Sale At Piggly-Wiggly.”  I’m not sure why it quit being used, but I’m giving it a try the next time I’m at the supermarket. 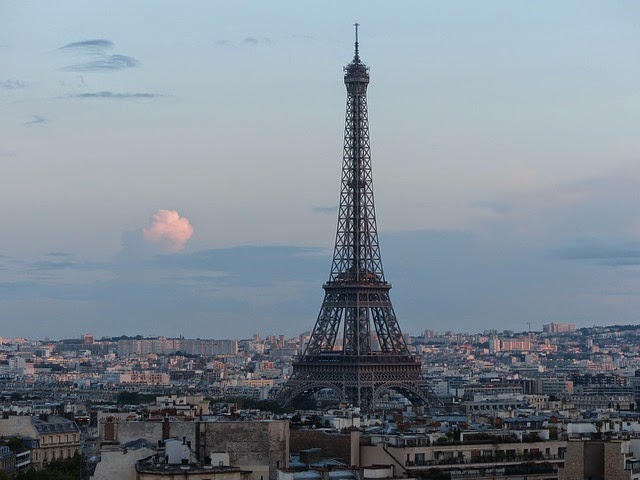 This next useless fact gives a good reason why we should watch the French jokes.  France has the 3rd largest stockpile of nuclear weapons in the world behind Russia and the U.S.  France has 300 nuclear warheads, just in front of the United Kingdom with 225 warheads.  This pales in comparison to the numbers of the U.S. at 4,804 warheads, and Russia with 4,480 warheads, however.  At its peak, France had over 500 nuclear warheads in 1991-92, while the U.S in the 1960’s, and Russia in the 1980’s, had over 30,000 nuclear warheads at their peaks.  France started its nuclear program in the 1960’s in response to the Suez crises and the escalating Cold War.  At least it seems everyone is going in the right direction since those peaks – down.   Source Here’s a good reason to keep on clipping those coupons and to actually use them.  In 2014, around $513 billion of grocery coupons were distributed in the US while only $3.7 billion were redeemed.  In terms of how many coupons that is, 329 billion coupons were distributed and 2.9 billion were redeemed.  It’s not known how much of the data was skewed because of those extreme couponing shows where the people buy six carts of food and end up spending a penny.  Source

A 1997 comedy movie called “Trojan War” was made for $15 million but only made $309 in ticket sales. What the movie is about hardly matters, but you can probably deduce from the title what product they were referring to.  It has absolutely nothing to do with the Trojan War or Helen of Troy, by the way.  While other movies have made even less at the box office than this one, the amazing aspect is its budget of $15 million.  It was seen in one theater for one week and then pulled.  We can only fathom a guess why.  Did you see it? I doubt you did.  Source The panda business is big business in China.  China owns all the pandas, and they rent them out in pairs to zoos for $1 million per year, each for a minimum of 10 years.  There are about 1,600 pandas in the wild, and about 170 of them are in zoos or other centers.  Pandas are extremely expensive to keep, costing around $500,000 a year annually for their care.  When the contract period for a panda ends, the zoos must give their pandas back if they don’t sign a new contract.  The San Diego Zoo has been the most successful with their breeding of pandas, but any pandas born in captivity automatically belong to China under the terms of the agreements signed by the zoos.  China has the panda monopoly on the world.  Source, Source