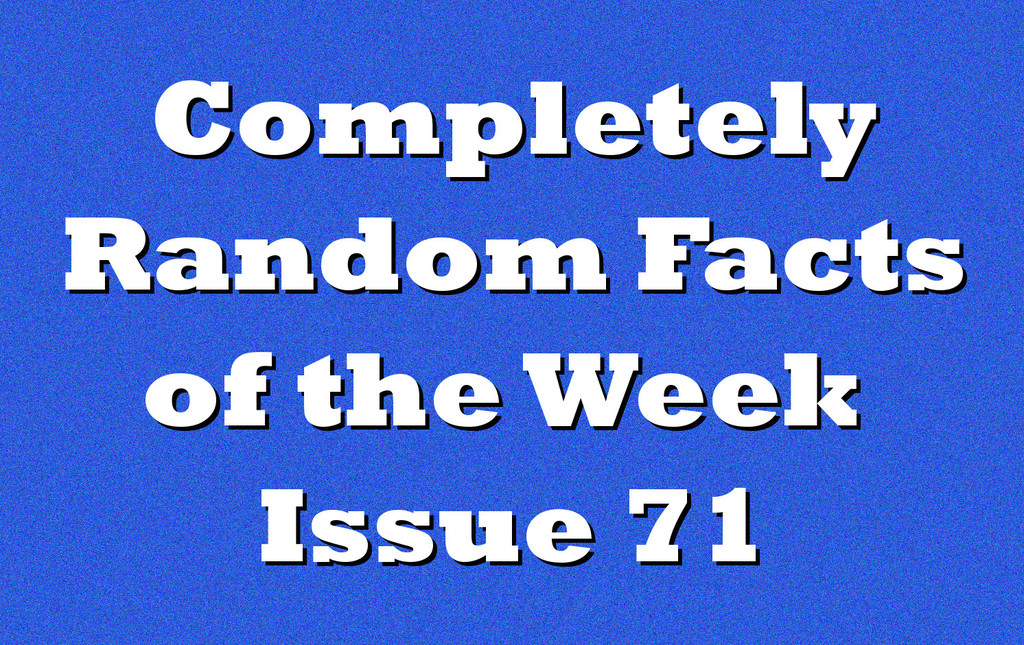 In this week’s edition: Why pepper makes you sneeze, the inventor of the granola bar, the origin of the Vulcan Nerve Grip, an unfortunate trading mistake, and how much the tooth fairy makes. It’s a common fact that getting a good whiff of pepper will make you sneeze, but what is it in pepper that makes this happen? The chemical in pepper that makes you sneeze is an alkaloid of the organic compound pyridine. It is appropriately called piperine. It’s also what gives pepper its spiciness. Piperine acts as an irritant that stimulates the nerve endings in the mucus membrane of the nose, and the result of that irritation is a sneeze that travels at around 100 mph. Source

You may have never heard his name, but inventor Stanley Mason came up with many household products you probably use today. He is largely credited for inventing the first granola bar, but he also came up with the first disposable diaper, the squeezable ketchup bottle, Band-Aid packaging, the Playtex underwire bra, microwave-safe cookware, and the dental floss dispenser. Not all of Mason’s inventions were hits, however. He tried to make single-serve sardine packages for the Norwegian government that were marinated in salad dressing. It didn’t go over well. He also tried to convince Congress that extracting oil from the Chinese tallow tree could reduce the country’s dependence on foreign oil. They just didn’t want to listen and the idea flopped. But Mason didn’t give up, and he proved that every successful idea usually has a few that didn’t pan out. Source, Source, Source Everybody probably knows about Spock’s pinch that incapacitates people and makes them go limp, but how did it start? It came from a script for an episode in the original Star Trek series which had Spock punch and knockout an evil incarnation of Kirk. Nimoy balked at the idea, explaining that Vulcans would have a less violent way to take out their opponents. He pitched the idea of the famous Vulcan nerve grip, and they tried it out on the set. It worked and became a signature Vulcan move from then on in the Star Trek series and movies. Source Sometimes the tiniest mistake can be costly. In 2005, a stock trader at Mizuho Securities in Japan tried to sell 1 share of a job recruiting company called J-Com for 610,000 yen (about $5,041). He instead sold 610,000 shares for 1 yen (less than a penny). The Tokyo Stock Exchange processed the order even though the order was for 41 times the number of outstanding shares of J-Com. The error cost the company $225 million and essentially wiped out their profit from the previous quarter, all from one mistaken transaction. Source The tooth fairy is effected by the economy too. According to the annual Delta Dental Plan Association’s Original Tooth Fairy Poll, the tooth fairy left $255 million under pillows in 2014. That’s an average of $4.36 per tooth and was up from the $3.50 it gave in 2013. The average for a first tooth lost was $5.75. The amount the tooth fairy gives for children’s lost teeth even coincides with the rise and fall of the S&P 500 stock market indicator. Source