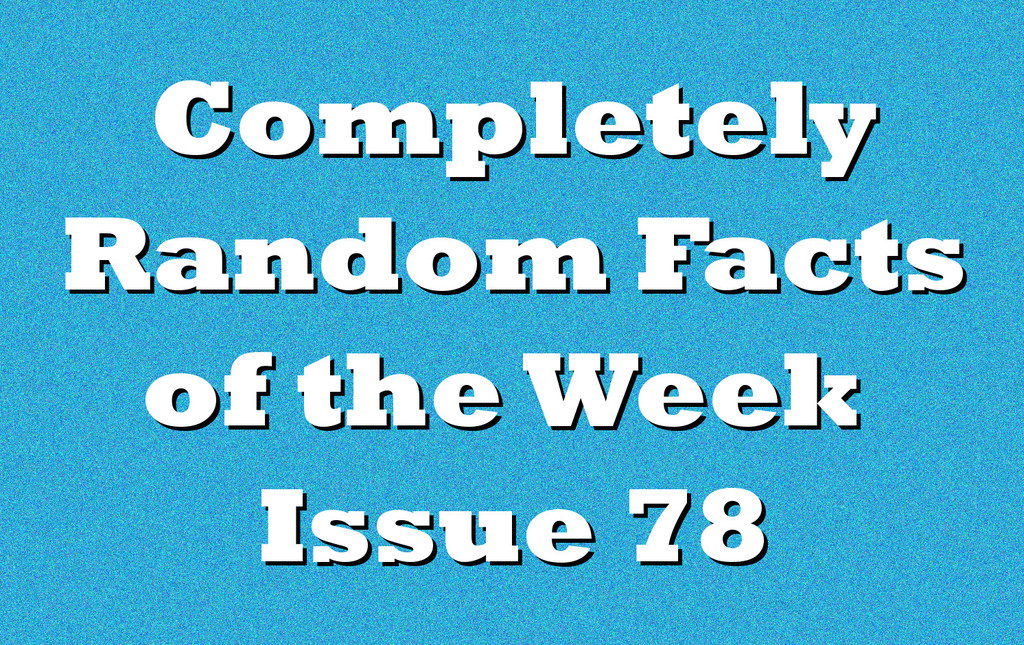 In this week’s fun facts edition: The Lightest Rock, The Invention of the Chocolate Chip Cookie, Sports Invented at the YMCA, Artificial Reef Subway Cars, and The First Electricity at the White House.

The only rock that can float in water is pumice. Pumice is lightly colored volcanic rock that is highly porous. It’s formed when lava from a volcano cools rapidly, making it about 90% porous. Pumice is used in construction as an additive for cement, and it’s also used as an abrasive.

In 2012, a large island of pumice was found floating in the South Pacific. It was more than 300 miles in length and 30 miles in width. It was believed to be caused by an underwater volcano somewhere along the seafloor. Source, Source The real truth behind the invention comes from an interview in 1974 in the Boston Herald-American. Wakefield said that she had already been serving a butterscotch nut cookie with ice cream and decided to serve something different to her customers even though the butterscotch cookie was already popular. She was just trying to come up with something new to increase business to her restaurant.

In 1939, her restaurant was featured on Betty Crocker’s radio show, and Nestlé bought the rights to the Toll House name and the recipe in the same year. Nestlé first started selling chocolate bars that were cut so they could be added to the dough in pieces, and they introduced the chocolate chip version in 1940. The original recipe was printed on the package, and Nestlé began a heavy advertising campaign to market the cookies. These things increased their popularity nationwide. Toll House cookies became even more popular after World War II since they were given to soldiers during the war. They came home wanting more of the cookies.

Wakefield’s recipe stayed the same until 1979 when her contract with Nestlé expired. The new recipe made the cookie larger and thicker and changed some of the ingredients, but by this time, the chocolate chip cookie was already one of the most popular desserts of all time. Source, Source Sports Invented at the YMCA

The YMCA was founded in London, England, in 1844, and came to the United States in 1851. During its long history, three sports were invented at the YMCA that are still played today ; basketball, volleyball, and racquetball.

In 1891, James Naismith, a Canadian that had moved to the YMCA International Training School in Springfield, Massachusetts, invented the game of basketball. A faculty member at the school tasked the students to invent a new game that would be easy to learn and easy to play indoors during the winter. Naismith came up with a game that used a soccer ball and two goals. He made it illegal to move with the ball so it would establish teamwork during the game. The only thing he could find to make suitable goals were two peach baskets. The first game was played on December 21, 1891, and the score was 1-0 since Naismith hadn’t thought to cut out the bottoms of the baskets.

In 1895, an instructor at the YMCA in Holyoke, Massachusetts, named William G. Morgan, wanted to invent a game that had less contact then basketball. He came up with volleyball which was a mixture of baseball, tennis, basketball, and handball. He set the net to be at 6 feet 6 inches which was slightly taller than the average man .

Racquetball wasn’t invented until 1949 when a professional tennis player named Joe Sobek began playing handball with a tennis racket at a YMCA in Greenwich, Connecticut. He made a shorter racket and began to sell them to other members of the YMCA. The game soon became very popular. In 1952, tennis pro Bob McInerny came up with the name “racquetball”. Source, Source

The NYC Metropolitan Transport Authority from August 2001 to April 2010 dropped over 2,500 retired subway cars into the Atlantic Ocean to serve as artificial reefs off the coasts of New Jersey, Delaware, Virginia, Maryland, South Carolina, and Georgia.

After the subway cars were decommissioned, they were cleaned and anything inside them that could be taken out was removed and recycled or sold. They were then stacked on a barge which took them out to be dropped at various points in the sea. The abandoned subway cars provide new surface area and shelter for invertebrates and sea life to live where they once could not have. Source The First Electricity at the White House

On September 14, 1891, electricity was first installed in the White House during the presidency of Benjamin Harrison. President Harrison and his wife never touched the light switches, however, because they feared electrocution.

Electric lighting was only about a decade old and a wholly new concept from gas lighting. The Edison company installed a generator that supplied power to the Navy building, what is today the Eisenhower Executive Office Building, and the wires were strung across the lawn to the White House. Round switches were installed in each room of the White House to turn the lights on and off. Source