The weekly collection of random and fun facts.  In this week’s edition: Missing Moon Rocks, A Confusing Food Tax, The World’s Largest Truffle, A Novel Without “E”, and The Licks to the Center of a Tootsie Pop. After the Apollo astronauts returned from their missions to the moon, they brought back moon rocks from their journey.  During the Nixon Administration, 270 moon rocks were gifted to foreign countries and 100 were given to each of the 50 states.  Out of the 370 rocks given out, 184 of the them are either lost, stolen, or unaccounted for.  160 have disappeared around the world and 24 have been lost in the United States.  While efforts have been made to locate the rocks, it has been difficult to reacquire them.  One rock that ended up in Honduras was believed to have once belonged to Romanian dictator Nicolae Ceausescu.  Another rock was lost that belonged to Ireland.  It inadvertently ended up in a landfill there.  The Irish observatory where it was being housed in Dublin burned to the ground.  77 of the rocks have so far been tracked down.  Source 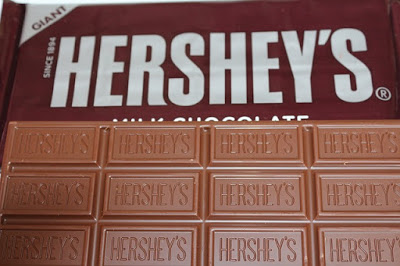 Due to an item in 24 states called the Streamlined Sales Tax, which taxes foods that aren’t considered a grocery item, Twix is not taxed because it contains flour, while Hershey’s chocolate bars are taxed since they are considered a candy.

Many states tax candy since it’s generally regarded as not being all that healthy.  Consume too much and the state has to spend more for health care.  That’s at least the thinking, and that’s where the Streamlined Sales Tax came into play.  It was an attempt at providing a fair definition to what could be classified as a candy.  It was a way to simplify the sales tax and use tax across states and make collecting taxes easier.

The Streamlined Sales Tax defined candy as “a preparation of sugar, honey, or other natural of artificial sweeteners in combination with chocolate, fruits, nuts, or other ingredients or flavorings in the form of bars, drops, or pieces.”  If the product need to be stored in a refrigerator or if any of the ingredients are wheat, then it’s not considered a candy, thus no tax.

Even though it has chocolate and caramel, Twix is not considered a candy because it contains flour.  So in the states that have a Streamlined Sales Tax, Twix is not considered a candy but is considered a cookie.  In states without a Streamlined Sales Tax it can go both ways.  It all depends on where the item is put.  If it’s in the candy aisle, it’s a candy.  If it’s in the cookie aisle, it’s a cookie.  That’s why taxes are always fun and why you might get out of the store with a few more pennies in your pocket if you bought a Twix over a Hershey bar.  Source The world’s largest truffle was unearthed in the Umbrian region of Italy in December 2014.  The White Alba’s Truffle weighed 4.16 pounds.  The truffle was found by Sabatino Truffles, and they hoped it would fetch one million dollars.  It instead sold at a Sotheby’s auction for $61,250 to a Taiwanese food lover.  The truffle was slightly smaller than a football and could be used in 300-400 truffle dinners.  The previous record-holder, a truffle that weighed a little over three pounds, brought $417,200 at a Sotheby’s auction.  The world record white truffle buyer got one heck of a good buy.  Source

The 1939, 50,000 word novel, Gadsby, and the 1969 novel La Disparation that was inspired by Gadsby, both don’t contain the letter “e” anywhere in their texts.  These types of work are called lipograms.  The word lipogram comes from the Greek word lipogrammatos, which means “missing a letter”.  The author of Gadsby, Ernest Wright, said that he tied down the letter “e” on his typewriter so he wouldn’t inadvertently hit the vowel, and that he wrote the book because people said it couldn’t be done.  Wright unfortunately died the year the book was published.  Source