The weekly collection of random and fun facts.  In this week’s edition: The World’s Deepest Postbox, The Start of Bloomingdale’s, The Dalai Lama and the CIA, The World’s Food Supply, and The Beards of ZZ Top.

The first random fact of this week has to do with mailing a letter that takes a bit of planning.  The world’s deepest postbox is located in Japan off the southeastern coast at a depth of 33 feet. It’s recognized as an official collection point of the postal system and receives between 1,000 to 1,500 pieces of mail a year.

The deep postbox is located near a fishing town with a population of 5,000 called Susami.  Not everyone can jump in the water and mail a letter, however.  It’s used by divers who get postcards from a local shop.  They’re water-resistant, and the divers write their message using a paint marker.  When the divers submerge, they can place their cards in the postbox on the ocean floor.  A worker from the same shop where the postcards are sold collects them every couple of days and then drops them at the post office in the town for delivery.  The postbox is rotated every six months to allow for cleaning and repair due to the corrosion by the seawater and is replaced by the one spare postbox on hand.

The postbox came about because of the postmaster of town in 1999.  The town had no attraction for a fair that promoted the Kumano Kodo pilgrimage trail, so he proposed putting an postbox underwater as a draw to the town.  An old postbox was used and installed just off the coast.  32,000 pieces of mail have been deposited in the postbox since it was first put it.  Source 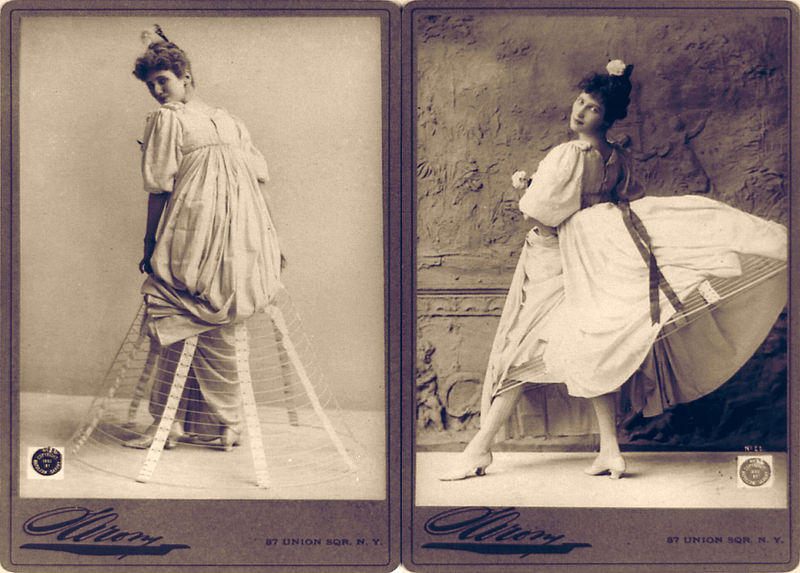 The retail store Bloomingdale’s didn’t start out like it is today, but it still was a store for something immensely popular at the time.

Bloomingdale’s was started by brothers Lyman and Joseph Bloomingdale, and their first store revolved around the rage of the late 1800s.  It was the hoop skirt, and the Bloomingdale brothers made it their first item in their Ladies’ Notions Shop in 1862.  But they didn’t stop there.  As the hoop skirt’s popularity began to decline, they opened their East Side Bazaar in 1872 and began to sell European fashions.  This was the beginning of the department store.  In 1886, they moved the store uptown from the Lower East Side.  Their flagship store on Lexington Avenue in New York City continues on to this day.  Source 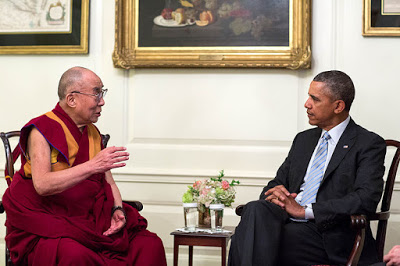 The Dalai Lama’s administration admitted in 1998 that it had received $1.7 million a year in the 1960’s from the CIA, but denied that the Dalai Lama himself benefited from a $180,000 yearly subsidy.  The Dalai Lama escaped Tibet in 1959 after an uprising failed against the Chinese, who had occupied the country starting in 1950.  The CIA had a program to support the independence of Tibet, and this particular program was part of a larger CIA program to impair communist governments worldwide. Wheat is the most widely grown grain, and is consumed as a staple in the diet of 35% of people in the world.  Rice is the primary staple of Asia, where 90% of it is consumed and produced.  Latin America and the Caribbean also use it as a staple food, and its consumption has risen in West Africa.  Asia also grows half of the developing world’s wheat and maize crop, and maize is used heavily as a staple crop in Africa.  Millet, potatoes, soybeans, sweet potatoes, sugar, and sugar make up the remaining 25% after the big three “mega crops” in the supply of the world’s food.

These crops, along with a few others, are designed for intensive farming, but this has limited the diversity of other plants that could be developed.  With the increase in the industrialization of agriculture, this has become known as “genetic erosion”.  This decrease in genetic diversity makes crops vulnerable to diseases that could affect supply.Source

The band ZZ Top are known for their long beards, but while two of band members have the signature beards, the drummer has only a little bit of facial hair. His name is Frank Beard.  Billy Gibbons and Dusty Hill, both guitarists, have been wearing the beards since the late 1970s.  They were once offered $1 million to shave off the beards but didn’t accept the offer.  They even turned down Gillette, the razor manufacturer, who tried to get them on an ad campaign in 1984.  Neither wants to be without their beard.

The band formed in 1969, but they didn’t start growing their beards until 10 years later after each had returned from a long vacation.  Neither of them knew the other had let their facial hair grow out, according to notes in their album, The Very Best of ZZ Top.  Frank Beard, the drummer who doesn’t have a beard, isn’t that far off from sporting a full-fledged beard.  He once had only a mustache, but now he has a goatee.  Source

Another edition is all done.  Impress and annoy those around you with your new, random knowledge.