The weekly collection of completely useless facts. This week’s edition: Elephants Smelling, Brown vs. White Eggs, An Easy Nuclear Missile Code, Water Computers, and Attractive T-Shirts. Go behind the scenes on the facts behind the facts. Elephants have many remarkable abilities, one of the most impressive is that elephants can smell water several miles away. An elephant’s smelling ability is the greatest among any mammals, research has found, even eclipsing the incredible smelling sense of the bloodhound. The elephant’s trunk contains five times more smell receptors than in a human and are contained in the elephant’s upper nasal cavity where there are millions of receptor cells. The elephant can wave its trunk in the air to collect air samples which are then transmitted to its extensive sensory system to determine not only the direction of the water, but also how far away it is. An elephant’s memory isn’t the only thing that is fascinating about this animal. Source , Source, Source 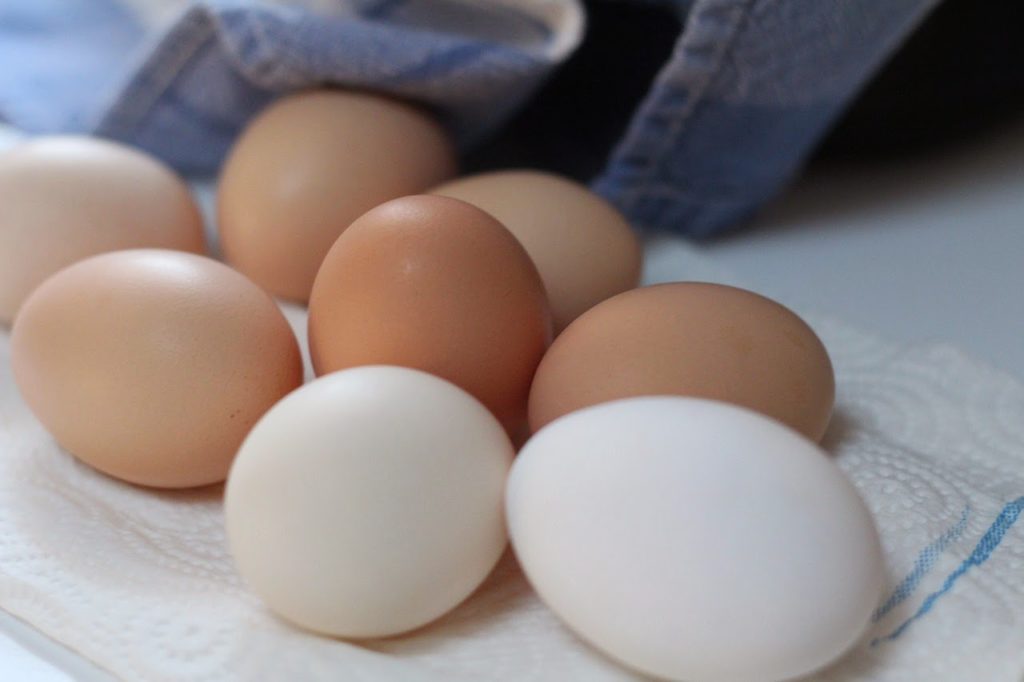 It’s a common misconception that brown eggs are somehow better than white eggs. In fact, brown eggs aren’t any healthier than white eggs, but eggs in general are not all the same. The color of an egg is dependent on what breed of hen a farm has. White eggs are usually laid by the leghorn hen breed and brown eggs are laid by a breed related to the Rhode Island Red, but there are many different breeds that can lay eggs. One way to tell what color egg a hen will lay is by checking out their earlobes. Yes, hens have earlobes. Chickens with white earlobes will lay white eggs, while pink or gray earlobed ones will lay brown, cream, or even blue eggs. The biggest factor in the perceived difference between brown and white eggs is the chicken’s diet. What a chicken is fed determines the quality of the egg. Another factor is how fresh the egg is since its been laid. No one wants to eat an egg that’s been sitting around. That doesn’t make for tasty eating.  So if you want a good egg, just buy one from a chicken that’s had a happy life. Source The U.S. chose 00000000 as the password for its computer controls of nuclear tipped missiles for nearly 20 years. Strange, but true. In 1962, John F. Kennedy signed the National Security Action Memorandum 160 which authorized that nuclear weapons had to have something called a Permissive Action Link, or PAL. This was a security device for the weapons that would prevent unauthorized arming or detonation. The reason for the PAL was to ensure that if some other government got hold of the nukes they wouldn’t be able to launch them. It was also in place so that U.S. military commanders couldn’t launch a nuke all by themselves and so they would never be in the control of one person.

The problem occurred, as it does many times in anything dealing with the government, that the military simply neglected to fit the PALs to many of the nuclear devices, and they were instead secured only by mechanical locks. The ones that were fit with the PAL, such as the Minuteman Silos in the U.S., were done so under the Secretary of Defense for Kennedy, Robert McNamara. When he left, the Strategic Air Command, which oversees most of the United States nuclear military strike force, changed the codes to 00000000. This extremely easy code was even written on a checklist so no one would forget. The reasons were twofold, there would no need for presidential approval if there was an attack, and if the lines of communication had been destroyed , there would still be the ability to launch the missiles. Under the Strategic Air Commands thinking, this ensured that launching nuclear missiles would be quick and easy. Now, don’t you feel better that almost anyone had the capability of launching nuclear weapons? Source, Source, Source In 1936, the Russian scientist, Vladimir Lukyanov made a computer that ran on water. The computer was the first for solving partial differential equations. Lukyanov used water-filled tubes that were interconnected, and plugs that changed the variables in the equation. The water level in specific tubes gave the answer to the problem. A later example of this same type of computer using fluid was made in 1949 by Bill Phillips, a New Zealand economist. It was called the MONIAC, or Monetary National Income Analogue Computer, and also known as the Phillips Hydraulic Computer. Similar to the Russian computer, the MONIAC used fluid to solve a problem, in this case the workings of the economy of the United Kingdom. It used a large tank of fluid as the treasury and colored water that represented the flow of money around the economy. Taps were used to flow water from the treasury to tanks that represented segments of the economy, and a pump was used to resupply the treasury tank to represent taxation. And you thought water was only for drinking. Source, Source In an actual research study, it was scientifically proven that wearing a white t-shirt with a large letter “T” on the front makes you 10% more attractive and appear healthy to women. Researchers at Nottingham Trent University found that wearing the black letter “T” improved the waist-chest ratio of the wearer. It was their contention that this was a signal for attractiveness and masculinity in the eyes of females. The study had 30 female participants that observed different males wearing a plain white t-shirt, an upright letter “T”, and an inverted “T”. The upright “T” increased attractiveness by 10%, the inverted “T” decreased it the same amount, and when the horizontal bars of the “T” were widened, the average became bigger both positively and negatively depending on the “T’s” orientation. The researchers concluded that the wider “T” in the upright position maximizes and accentuates a man’s optimal shape, making them more attractive to members of the opposite sex while the inverted “T” does the opposite to a man’s bottom half. Time to pull our those old white t-shirts and go out and catch a ladies eye. It’s bound to work, right? Source

Join us again next week for more interesting, useless facts.  Do you have anything to add?  Feel free to anything below, the doors are always open.