Another issue of the Odd Stew: oddities plus other bizarre, strange, and fascinating things that have happened in the news over the past week that you may have missed.  Photo Credit: Rodmunch99/Wikimedia

Eat a Burrito, Own a Restaurant

A New York taqueria is offering a path to partial restaurant ownership if a patron can do one thing–eat a burrito that weighs 30 pounds and chase it down with a margarita.  Oh, and the margarita is laced with a ghost chili pepper, one of the hottest on Earth.

Don Chingon, the restaurant issuing the challenge, will give a customer a 10% stake in the eatery that is located in Brooklyn, New York.  The Grand Chingon Challenge, as it’s called, has a burrito that is filled with chicken, pork, steak , beans, cheese, rice, and salsa that must be eaten in its entirety, along with the aforementioned margarita.  Customers have to shell out $150 to take the challenge, and there are only a few rules; no bathroom breaks once eating has begun, and no expelling the contents.  Those will get you a big DQ.

Here’s Another Contest, and It Only Takes a Vote

Voters in Philadelphia will be voting for a mayor on November 3rd, and just by exercising their civic right, they could walk away with $10,000.  One random voter will win the prize just for voting.  It’s being sponsored by The Philadelphia Citizen, an online news site, in response to the steady decline in turnout for city elections.  In 1971, voter turnout was 77%, and in 2011 it was 20%.  They’re hoping to lure more voters to the polls with the lottery.  Only time will tell to see if it works and who will be the winner (of the lottery, not the mayor race).

Another One From Philly

Two downtown Philadelphia businesses were burglarized when thieves pulled a caper reminiscent of a movie plot.  The burglars somehow got access to the basement of a business two doors down from the target, a jewelry store called Time & Gold.  They broke through a wall from the basement into a dry cleaning establishment that was next door to the jewelry store and then drilled through yet another wall to gain entry into Time & Gold.  The perpetrators made off with around $250,000 worth of cash and merchandise.  One owner in the building where the theft took place compared the heist to the movie Oceans 11, but maybe he actually meant Oceans 12, or maybe 13.  We’ll probably never know for sure.

Authorities in Los Angeles County are investigating a peculiar theft, the theft of a human leg.  One Legacy, a non-profit organ and tissue donation organization, was carrying the donated limb in a van when they stopped for a bite to eat at lunchtime.  When they came back out, the cooler where the leg was being stored was gone.  The theft was reported to police who felt the burglar probably didn’t know the leg was in the cooler.  DNA samples were taken from the donor to help identify the leg if it is found or ever turns up again.

A student driver in Washington state mistook the brake for the gas and ran the car through a window–of the driving school.  She was actually being tested and got confused on which was the brake and which was the gas.  The student, a woman in her 20s who was new to the country, completed the act near the end of her test.  According to the driving school, “she did drive through a plate glass window, so that was a fail on the test.”  But not to worry, we’re sure she’ll be in throngs of traffic soon.

I Think I’ll Decline An Invitation to the Wedding

Three people were detained in northern China after they were suspected of stealing a corpse to sell as a bride.  Sounds rather insane, but the practice of “ghost weddings”, an ancient Chinese rite, do exist.  The “ghost weddings” join single people together who had died so they could be married in the afterlife.  One of the suspects had heard a young woman had died in a nearby village and was going to sell the corpse to the family of a single dead man.  The body snatchers arranged a deal after posing as relatives of the woman, where they would pay $4,000 to an unknown buyer.  They were caught by villagers as they tried to steal the body from where it was entombed.

A man was reading under a grove of Araucaria bidwillii trees in San Francisco Maritime National Historic Park when he was suddenly struck in the head by a 16-pound pine cone.  The huge pine cone knocked him unconscious and broke his skull.  He was rushed to San Francisco General Hospital and had two emergency surgeries to relieve the swelling on his brain.  He even had to have part of his skull removed.  He suffered permanent brain damage and was unable to find work while still contending with hundreds of thousands in medical bills.

The man eventually filed suit against the park for $5 million because of the pine cone falling on his head.  His attorney stated that the park had no warning signs about falling pine cones, and cited negligence on the part of the Park Service.  The Park Service has since fenced off the area where the pine cone fell and put up warning signs.  The huge pine cones from the Araucaria are heavy, bigger than a man’s head, and have spikes like the outside of a pineapple.  There’s a picture of one at the top of the page.  Keep on the lookout when you’re in a park.  Anything can happen. 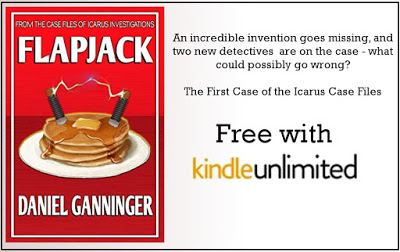