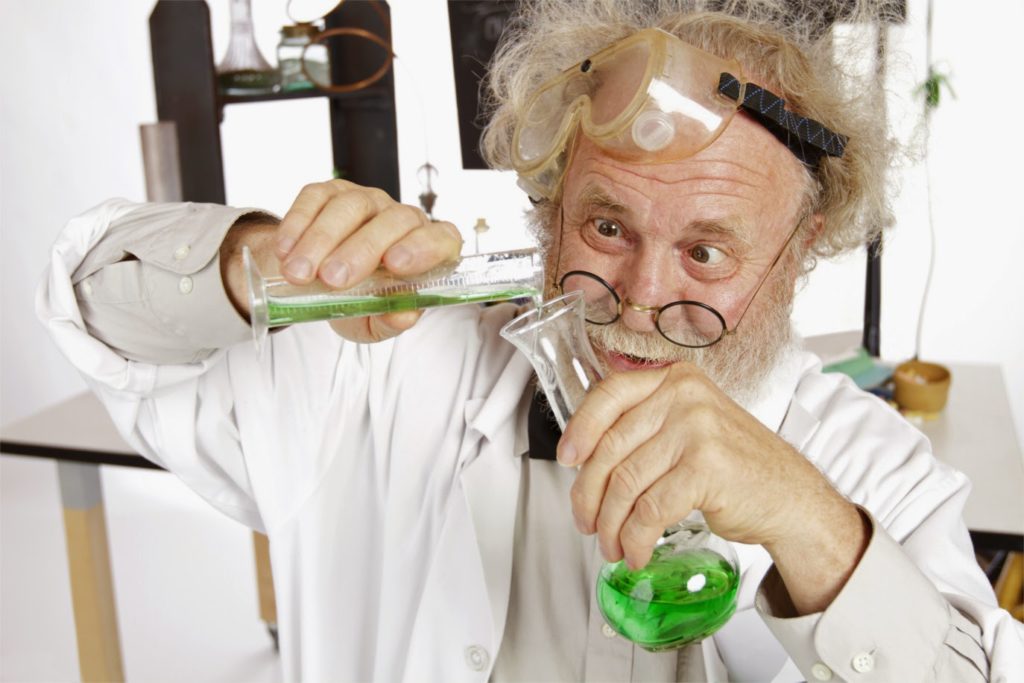 I wasn’t the biggest fan of chemistry in high school or college.  The experiments were often mundane and confusing, and the most excitement came when we got to light the Bunsen burner with a flint striker and heat up a crucible with some type of element glowing inside.  That was all great, but what did we all want to see?  Yes, that’s right, some type of crazy reaction or explosion (in a safe way of course).

Sure the teacher or professor got to put on a display to the wonders of chemistry every now or then, but what about the poor, yearning-to-learn students?  We only got to watch.  But as these five experiments show, that was probably a good thing.  Would you have trusted your lab partner to do some of these?

Why we weren’t allowed to do it – This is one that could have been done on a small scale, not that I got to, maybe some of you did, but we all know that a little bit of it bubbling out wouldn’t have sufficed.  The ceilings of many chemistry labs would have been coated with the stuff as science thrill seekers tried to make it a little higher and bigger.  We all know that would have happened.

The Science – Methane rises when released, and by using a soap solution it becomes trapped in the bubbles.  When a flame is added, the methane demonstrates a combustible reaction and is set on fire.

The Science – Liquid nitrogen boils at -320 degrees Fahrenheit at atmospheric pressure and does so when it comes in contact with anything warmer than it (which is pretty much anything).  It is known as the Leidenfrost effect.  In this example, hot water was placed in the drum to make the liquid nitrogen boil faster when it was poured in.  Once the liquid nitrogen is placed in the drum, it begins to rapidly vaporize.  Because of nitrogen’s high liquid-to-gas expansion ration, a huge of amount of force can be generated by the gas.  The result is a pretty impressive explosion of ping pong balls.

Why we weren’t allowed to do it –  For one, who has 4000 ping-pong balls?  I wouldn’t have wanted to pick them up.  And two, this stuff is super dangerous when not handled correctly.  Plus, as we all know from seeing other things about liquid nitrogen, it does some pretty cool stuff when you put different objects in it.  Who knows what students would start slinging in it.

The Science – This is another example of extreme pressure.  Dry ice, or the solid form of carbon dioxide, sublimes, or goes straight from a solid to a gas at -109.3 degrees Fahrenheit.  When a small amount of water is added to the bottle, the sublimation of the dry ice is accelerated and the pressure inside the bottle quickly increases until there is a really nasty boom.

Why we weren’t allowed to do it – Rather obvious on this one since it did make an explosion with bits of pieces of who-knows-what flying around.  Dry ice in itself is dangerous to handle, even though it does make for some cool smoke coming out of a witch’s caldron at Halloween time.

The Science – After hydrogen fills the egg it is lit.  It acts almost like an inefficient gas lamp with very little flame.  As the hydrogen escapes from the top, it is replaced by oxygen through the bottom hole of the egg.  At some point, enough oxygen is inside the egg to cause the hydrogen to burn and a nice little explosion takes place.  This is very similar to what happened during the Hindenburg disaster since the airship carried hydrogen to stay aloft.

Why we weren’t allowed to do it – Another explosion, and explosions in a chemistry class (unless done by the professor or teacher) are definitely a no-no.  There are any number of endless ways that this one could go totally wrong.  Better left to the professionals.

That’s just a short list of the endless science experiments that are better left to watch on video.  Do you really need to see it in real life when you just as easily could see someone else do it?  I’m glad we didn’t do any of them in chemistry class.  They just would have given me a test on it.

Why Do We Get Goosebumps?