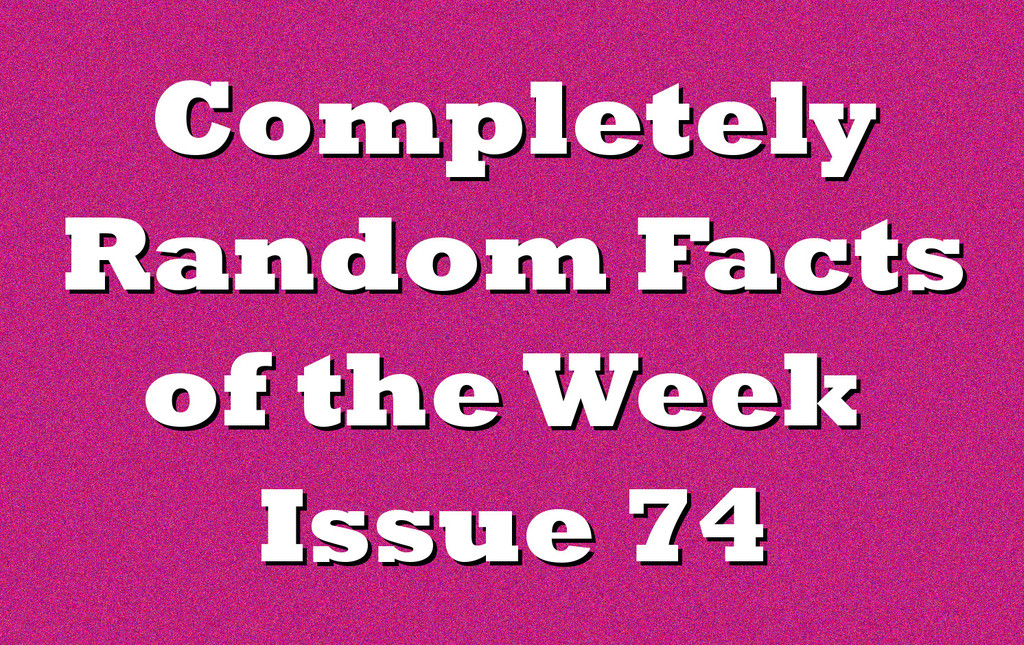 In this week’s random facts edition: The Light from the Pillars of Creation, The Head Heat Loss Myth, The Heisman Trophy Model, The First Use of Listerine, and A Booth Saves a Lincoln. The Light from the Pillars of Creation Moms everywhere have been known to tell their children to keep their heads covered in the cold because that is where the most heat loss occurs. This advice stems from the long-held belief that 40% to 80% of the heat is lost through our heads. This is a myth, however.

The myth may have come about from military experiments in the 1950s where subjects were exposed to low temperatures with their heads exposed while their bodies were covered. Researchers found that 40% to 45% of heat loss was from the head being exposed but didn’t account for the subjects’ bodies being covered.

A 2008 study in the British Medical Journal finally put the question to rest with a more controlled study. They found that about 7% to 10% of heat loss was attributed to the head. They discovered this percentage by testing subjects with and without wetsuits in cold water and with and without their heads submerged.

The researchers concluded that heat loss is largely dependent on the surface area of the body that is exposed, and the head only represents about 7% of the surface area of the body. Heat loss is almost proportional to the amount of skin showing. You would then lose more heat without pants or a shirt than you ever would by leaving your head exposed. That’s not to say it’s not a good idea to put on a hat when there are frigid temperatures outside. Why should you be colder than you have to? Source, Source The Downtown Athletic Club in New York City presents the trophy every year, and in 1935, they asked sculptor Frank Eliscu to make a statue that would recognize the best collegiate football player east of the Mississippi at that time. In 1936, the trophy was named in honor of John Heisman who was a director of the club and had died in the same year. The award was expanded to include players across the nation.

At the time Smith posed as the model for the statue, he didn’t realize his likeness would be for the Heisman Trophy. Eliscu had been a classmate of Smith’s in high school, and he had told Smith he wanted him to pose for a football statue he was working on. It wasn’t until 1982 that Smith realized he was the man on the Heisman Trophy. The Downtown Athletic Club gave him an honorary Heisman in 1985. Source The First Use of Listerine

Listerine might be only thought of as that thing to gargle with to get rid of bad breath, but it didn’t start out as a mouthwash. It was originally a surgical disinfectant. It was named after Sir Joseph Lister, a surgeon who was a pioneer in antiseptic surgery. Joseph Lawrence, a chemist, and Jordan Wheat Lambert developed it in 1879, and it was used not only as a surgical disinfectant, but also as a floor cleaner, dandruff treatment, deodorant, a hair tonic, and a remedy for small pox, gonorrhea, and dysentery. It wasn’t used to treat bad breath until the 1920s when Lambert’s son made an advertising campaign that treated bad breath as the medical problem called halitosis. Source

A Booth Saves a Lincoln

Edwin Booth was considered to be one of the great Shakespearean actors of the 1800s. He was the manager of the Winter Garden Theatre in New York City where many Shakespearean productions were made in 1862. Edwin was a supporter of Lincoln and a Unionist, and he was not close with his brother who supported secession.

In 1863 or 1864, no one knows for sure, Edwin Booth and Robert Lincoln were both in a train station in Jersey City, New Jersey. Robert was off from Harvard and traveling to Washington D.C. while Booth was going to Richmond, Virginia with the owner of Ford’s Theatre in Washington D.C., John T. Ford. Ironically, that was the theater where Abraham Lincoln was assassinated.

The encounter began while Robert was waiting on the platform to board the train. It was crowded and Robert was close to a train car when it began to move. He fell into the open space between the platform and the train and was caught by his coat collar. Robert was pulled back onto the platform by Edwin Booth before being injured or killed by the moving train. Robert didn’t personally know Booth, but he recognized the well known actor when he saw his face.

Booth received a congratulatory letter for his heroism from Ulysses S. Grant, who Robert Lincoln worked for at the time. There is no evidence that Robert ever told his parents about the event, possibly because he didn’t want to worry his mother. It was clear from Robert’s later writings that he appreciated the quick action of Booth at the train station, and it was not an event he forgot about.

Robert Lincoln didn’t attend the play the night his father was assassinated even though he was invited. He never forgave himself for declining, according to a memoir of his friend, Nicholas Murray Butler. Robert believed he would have sat at the back of the box where John Wilkes Booth entered, and Booth would have had to contend with Robert to get to President Lincoln.

For Edwin Booth, the assassination devastated him. He was a Lincoln supporter and felt that an honorable man had been killed by his brother. He also felt that his name would be forever tarnished by the crime. According to William Bispham, a friend of Edwin’s, the two things that got him through the trying time were writing his autobiography and knowing that he had saved the life of the president’s eldest son at the train station in Jersey City. Though Booth never recounted the event in writing, Robert Lincoln wrote about it three times while speaking about it twice. Source