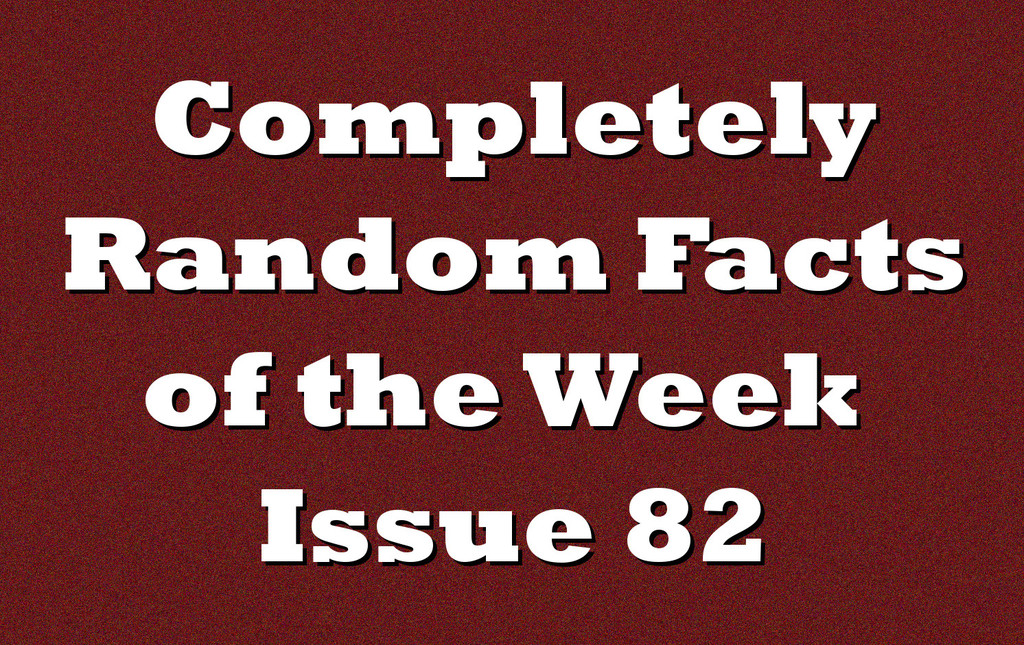 In this week’s facts edition: Prairie Dog Towns, The Only Woman Medal of Honor Recipient, The Toilet That Sank a Submarine, The Real Beginning of the 21st Century, and The Invention of the Flavored Potato Chip. North American prairie dogs live in extensive underground burrows, and these burrows usually cover about less than half a square mile. Some, however, have been gigantic. These larger burrows are called “towns”. One “town” in Texas had a reach of around 25,000 square miles. That is a little more than the size of the state of West Virginia. It was believed that this particular “town” had approximately 400 million prairie dogs living in it.  Source The Only Woman Medal of Honor Recipient

The Medal of Honor is the US military’s highest decoration and recognizes those who have gone above and beyond the call of duty. There have been 3,495 Medal of Honor recipients since the first medal was awarded to Bernard J.D. Erwin in 1861. Only one of these recipients was a woman, however. Her name was Mary Edwards Walker.

Walker graduated with a medical degree from Syracuse Medical College in 1855. At the beginning of the Civil War, she attempted to get a commission in the Union Army as a medical officer but was denied. She instead volunteered and earned a spot as an acting assistant surgeon. A position no woman had ever held in the U.S. Army.

She was on the front lines for almost two years and was even captured by the Confederate Army in 1864. Walker was imprisoned in Richmond, Virginia for four months before being released in exchange for captured Confederate medical officers. She was awarded the Medal of Honor on November 11, 1865 by President Andrew Johnson because of her care of sick and wounded soldiers in the field and in hospitals that was a detriment to her own health and because of the hardships she endured while a prisoner of war.

Her medal was rescinded, however, when Congress changed the eligibility to be awarded the medal in 1917. Walker and 910 other recipients were ordered to return their medals because they didn’t fit the new criteria and were considered civilian employees and not a part of the armed forces. She refused to return the medal and wore it for the rest of her life. In 1977, President Jimmy Carter restored her medal posthumously. Source, Source

The Toilet That Sank a Submarine

In 1945, just 24 days before the end of World War II, the German submarine U-1206 was cruising off the coast of Aberdeenshire, Scotland. The U-boat was cruising at a depth of 200 feet when the crew discovered the diesel engines had stopped recharging the batteries. While the crew attempted to fix the diesel engines, the captain was informed there was a leak at the front of the boat.

The leak occurred because the captain had used the wrong valve to flush the toilet. The toilet system on the U-boat was designed with an intricate high pressure valve system so the submarine could dive deeper and wouldn’t have to expel waste closer to the surface. This allowed the submarine to stay away from enemy attacks. Instead of the waste water going out into the ocean, the water from the toilet came back in the vessel. The incoming water flooded the submarine’s batteries which were located beneath the toilet. This caused the batteries to release deadly chlorine gas, and there was no option other than to take the submarine to the surface.

When the submarine got to the surface, it was found by British patrols and attacked. The commander of the U-1206 was then forced to scuttle the submarine. One man was killed during the attack, three men drowned after abandoning the submarine, and 46 were captured by the British. Source, Source The Real Beginning of the 21st Century

You’ve probably heard this before, but the 21st century began in 2001 on the 1st of January and not in the year 2000. The reason that the 21st century, also known as the 3rd millennium, began in 2001 is because there was no year 0. The first year after 1 BC is 1 AD. January 1, in the year 1 AD was the start of the 1st millennium in the 1st century. So if you do the math, 1 plus 1000 equals 1001. The same would go for the next millennium. 1001 plus 1000 equals 2001. The reason there was no year 0 was because when the year counting system was invented in the 6th century by Dionysius Exiguus there was no Roman numeral that represented the number zero. Source The Invention of the Flavored Potato Chip

The man that is credited with coming up with the first flavored potato chips is Joe “Spud” Murphy, an Irishman who owned a potato chip company called Tayto. He developed a way to add seasoning to the manufacturing process in 1954, and his first potato chip flavor was Cheese & Onion. He later followed this flavor with Salt & Vinegar.

Before Murphy came up with his new flavors, potato chips were only available completely plain and not even salted. Flavored chips caught on quickly, and in 1958, the snack company Herr’s introduced barbecue flavored chips for the first time in the US in Pennsylvania. Source, Source