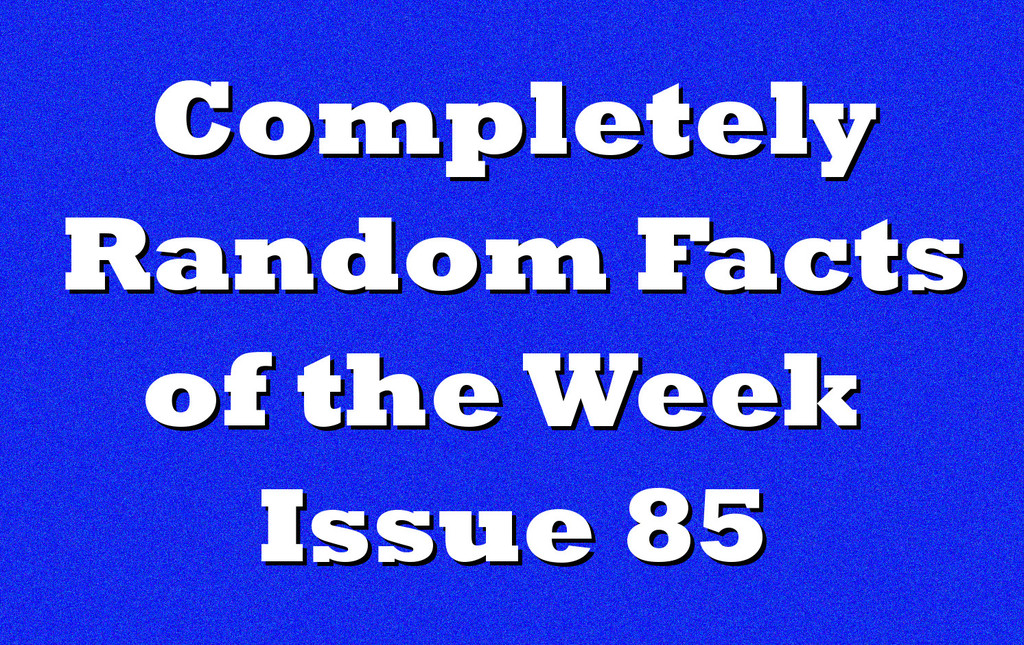 In this week’s facts edition: A Dangerous Unknown Illness, Origin of the Sniper, Caribbean Whistle, A Lot of Stuffed Birds, and Giving Away the McDonald’s Fortune. White Snakeroot is a plant that can be found east of the Rockies to the eastern  coast of the United States and Canada. It is mostly found in wooded areas and contains a toxin called tremetone which can be passed into the milk of an animal. When the poison passes into the milk of a cow, it is called “Milk Sickness”. It produces symptoms of vomiting, muscle weakness, stiffness, pain, constipation, and can eventually end in a coma and death. It can affect humans and animals.

Many settlers of the frontier succumbed to “Milk Sickness” and died after drinking contaminated milk. One of these people was Nancy Hanks Lincoln, the mother of Abraham Lincoln. Thomas Lincoln moved the family to Little Pigeon Creek settlement in Indiana in 1816, and two years later Nancy Hanks Lincoln became ill after caring for some sick neighbors. She contracted “Milk Sickness” and died after only two weeks. There wasn’t much known about the illness until the beginning of the 20th century, and its cause remained a mystery. “Milk Sickness” can still occur even today, but the prevalence has been greatly reduced due to the clearing of woodlands where cows would have grazed on White Snakeroot and because of the mixing of milk from many cows at a dairy. Source, Source, Source Origin of the Sniper

A sniper is someone who shoots from a concealed place, as most everyone knows. The origin of the word can be traced back to 1773 and to British soldiers in India and the hunting of the small bird species called snipe. The birds were considered difficult to hit except by only the most expert of marksmen. The word “snipe” was used as a verb during this time and meant to “shoot from a hidden place”.  It became a noun in 1824 to note an expert shooter who could hit a difficult target while hidden. Source The Caribbean Sea produces a strange phenomenon that scientists are just beginning to understand. It makes a whistling sound that can be picked up in space. The sound is inaudible to human ears since it is 28 octaves below the lowest note on a piano, but it can be picked up in space because of how it disrupts the earth’s gravitational field. The wave pattern goes from one end of the sea to the other in 120 days and has a low amplitude. The wave produced is called a Rossby wave, and it travels from the east to the west in the enclosed basin of the Caribbean Sea. The pressure exerted on the sea floor by the wave is just like blowing air through the enclosed space of a whistle. When the wave reached the west end of the Caribbean, scientists noticed that it would reappear again in the east to start the process over again in 120 day intervals. Scientists were able to detect the change in the mass of the water as the wave moved which affected the earth’s gravitational field. They called the A-flat note the phenomenon produced the “Rossby whistle”. Source, Source A Lot of Stuffed Birds

If you thought a turducken was a strange concoction, which in case you don’t know is a chicken stuffed in a duck which is stuffed in a turkey, there is something that eclipses it by a longshot. It’s called the rôti sans pareil, or the roast without equal, a 17-bird stuffed recipe that came from a Frenchman named Grimod de la Reynière in 1807. The recipe calls for a warbler to be stuffed inside a bunting which is put in a lark, a thrush, and then stuffed in a quail. Next the quail is stuffed inside lapwing, then a plover, a partridge, a woodcock, a teal, then a guinea fowl, before it is next stuffed in a duck, then a chicken, a pheasant, a goose, and a turkey. It is at last stuffed into a Great Bustard. De la Reynière added the recipe to his seasonal recipe and restaurant guide called the Almanach des Gourmands which he began in 1803. There is no record that anyone attempted to make the strange recipe, however. It may have just been De la Reynière’s way of selling more of his food guides. Source, Source

Giving Away the McDonald’s Fortune

Joan Kroc, the widow of McDonald’s founder Ray Kroc, had a history of philanthropy before and after her husband’s death in 1984, and she bequeathed even larger sums of money after her death in 2003. The Salvation Army received a bequest of over $1.5 billion while National Public Radio received $200 million. She gave $50 million each to Notre Dame and the University of San Diego to establish peace institutes that bear her name. Kroc even tried to donate the San Diego Padres, which she inherited ownership of from her late husband, to the city of San Diego in 1990, but Major League Baseball denied the request. Source, Source, Source, Source